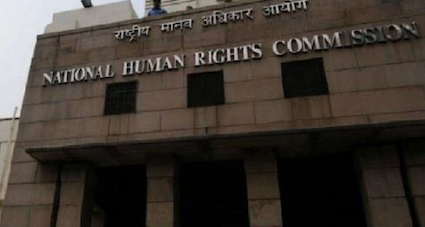 The National Human Rights Commission (NHRC) has again directed the J&K administration to pay monetary compensation to the next of kin of infants who had allegedly died due to spurious drugs in Ramnagar area of Udhampur district, within four weeks.

These directions were issued on July 19 to Chief Secretary of the Union Territory (UT) of Jammu & Kashmir. He has been asked to submit proof of payment of an amount of Rs. 3 lakh each to next-of-kin of each deceased infant/child within four weeks.

In case of default, the NHRC said that it “shall be constrained to invoke its coercive power u/s 13 of the PHR Act, 1993, calling for the personal appearance of the authority concerned before the Commission’’.

On September 7,2020, the Commission had found “procedural lapse” on the part of relevant authorities. It then held the state as “vicariously liable” of negligence, failing to prevent sale of spurious and contaminated drugs. The authorities were also asked file report with regard to action taken against the delinquent officials who were responsible for sale of the contaminated/spurious drugs.

Meawhile, the J&K administration has been trying to delay the matter in NHRC with its’ frivolous pleas. At one time, it had  approached the Hon’ble J&K High Court against the directions of the NHRC. However, a Division bench of the J&K High Court headed by Chief Justice Pankaj Mithal and Justice Sindhu Sharma had upheld the order of the NHRC and dismissed the writ petition of J&K govt. on March 2, 2021.

Disposing off the writ petition, the court observed that “In the overall facts and circumstances of the case, we do not deem it proper to exercise our extra ordinary discretionary jurisdiction so as to interfere with the orders impugned passed by the Commission.”

The judges observed that they could not understand why compensation was not being paid in the present case. The lodging of an FIR or a complaint against the manufacture of the drug does not make a matter to be sub judice in the court of law so as to debar the Commission from taking cognizance in the matter, the judges remarked.