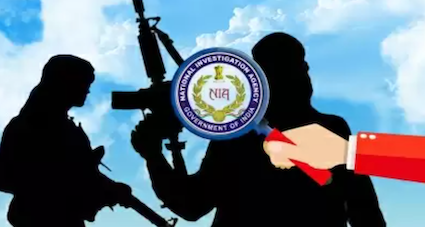 Finance is the lifeblood of terrorism in India and Islamists have invented a different tool to fund the terror war. From drugs to education every means are being used by terrorist organizations to support the war and now the “Zakat’ is being used by them to continue their nefarious agenda.

In 2019, NIA had booked various members and cadres of the Jamaat-e-Islami for their involvement in separatist and secessionist activities in J&K. Following which the charge sheet was filed in a special NIA court in Delhi against Javaid alias Shalabughi, Aadil, Manzoor Ahmad Dar under various sections of the Arms Act, Unlawful Activities (Prevention) Act and other penal laws.

Every war requires finance to sustain itself and India’s enemies are using every possible way to continue this terror war. Most of the notorious ways involved are drug trafficking, human trafficking, counterfeit currency, and transnational organized crime.

On various occasions, securities agencies have found a link between terrorism and charitable funding to Islamist NGOs to spread Islamist propaganda. Earlier, securities agencies busting the link of terror and finance in the Zakir Naik case had said that “he frequently traveled around the Gulf countries to raise funds to spread the Islamist Propaganda”. It was further stated that “he use to use those funds to give scholarships to Muslim youth and further their Islamist agenda of radicalizing the Muslim youth”.

The same modus-operandi was used by separatist and terrorist organizations in J&K to incite violence against the security forces. Former defense minister Manohar Parikar appreciating the demonetization had once called “earlier, there were rates: ₹500 for stone pelting & ₹1000 for doing something else. PM has brought terror funding to zero”.

The charge sheet filed by the NIA also validates the point of former defense minister Manohar Parikar that rates were decided by these organizations and funds were generated through charitable means.

Zakat is an Islamic finance system that states that an individual has to donate a certain proportion of wealth to charitable causes. Using pious activities to fund terrorism and killing of people itself is a sin on every religious parameter. These terrorist organizations are not only committing the sinful act of killing but also maligning the Islamic practice of charity.

The backbone of any crime is its means of finance. If the finances of these groups are somehow curtailed, terrorist activities will substantially go down. The reduction in the number of such activities can be seen in the J&K after the government’s action on terror financing.

After the abrogation of Article 370, law enforcement agencies started to seize and freeze the assets of Hurriyat, separatists, and stone-pelters in J&K. In furtherance of this government also started to keep watch on some doubtful transactions and it helped in bringing down the terror as well as stone-pelting incidents.

Moreover, India also took the matter on the regional and international organizations to blacklist such countries who support the terror activities in India. The result of its effort has constantly kept Pakistan on the grey list of FATF (Financial Action Task Force).

Terrorism is one of the biggest threats to India’s security and to break the international & national syndicate of such activities, the country needs to develop a strong net of intelligence as well as security infrastructure. Most of the funding is coming through NGOs, civil society, and charitable organizations and recently a new concept of crowdfunding is being used as a tool to generate money to finance terrorist activities. With the strong network of cooperation and intelligence sharing, India needs to keep eye on such ‘pious’ ways of fundings.