NIA makes Vaze walk near spot where SUV was found 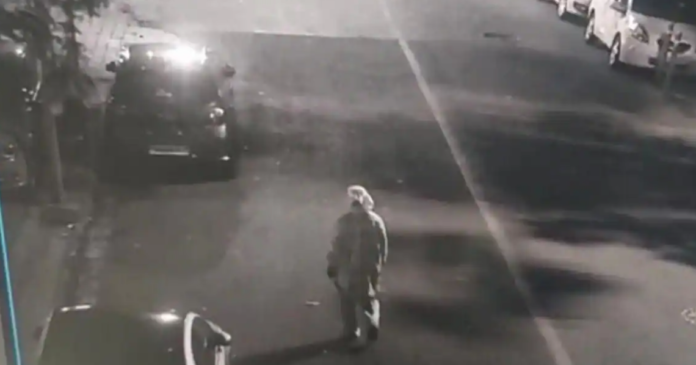 Controversial cop Sachin Vaze was made to walk by the National Investigating Agency near the spot where explosive-laden SUV was found outside the residence of Reliance Chairman Mukesh Ambani last month.

They made him walk in the area in shirt and pants first, and then in a kurta and a handkerchief wrapped around his head in order to reconstruct a possible sequence of events of the day the SUV was found outside the 27-storey building, as seen on CCTV footage, sources have said.

This is intended to help NIA recreate the sequence of events.

The NIA took over the case from Mumbai Police after allegations emerged against Vaze that he was linked to the death of a man, Mansukh Hiran, believed to be the owner of the explosives-filled SUV.

The NIA has alleged that the number plate of the abandoned vehicle was found in a car that Vaze was using. The agency also claims a person seen in CCTV footage near Antilia the same night was Vaze. It says the fingerprints on the SUV matched Vaze’s and that he was travelling in a Toyota Innova, tailing the Mahindra Scorpio car.

The investigation has become a huge embarrassment for the Maharashtra government, with the opposition BJP accusing Chief Minister Uddhav Thackeray of shielding Vaze, a controversial cop who was once a member of his Shiv Sena.

Vaze was the first investigating officer in the case after the SUV filled with gelatin sticks was found.

The SUV was traced to Mansukh Hiren, an auto parts dealer who had reported it stolen on February 17. Hiren was found dead in a creek near Mumbai on March 5. His wife alleged that Vaze had borrowed the same vehicle for four months and had returned it on February 5. She also accused the cop of a role in her husband’s death.