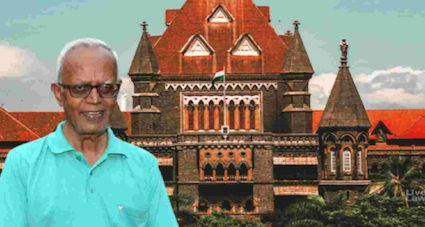 The Bombay High Court bench of Justices Sambhaji Shinde and Nijamoodin Jamadar withdrew their oral observations praising the late Father Stan Swamy and appreciating his work for society after the National Investigations Agency (NIA) took strong objection to the “personal comments of the bench.”

The bench was hearing the pending plea of Father Swamy by which he had sought interim bail on medical grounds before he died.

During that, Additional Solicitor General Anil Singh, representing NIA, pointed out, “We (NIA) have condoled the death of Mr Swamy. But the personal and private comments made by the judges or judicial officers in open court does make a difference.”

“From last one week, after this court made certain comments the investigating agency is being criticised. Several other things are going on…” Singh added.

Responding to that, Justice Shinde remarked that even judges are human beings, and the news of Father Swamy’s death on July 5 was sudden. Moreover, the court had added a rider that it wasn’t making any comment on Father Swamy’s incarceration or arrest under the Unlawful Activities (Prevention) Act.

“But I clearly said subject to the legal position. If you think, I should take back my words because you are hurt, I will take my words back,” Justice Shinde added

Last week, the Bombay High Court had remarked that the tribal rights activist was a “wonderful person,” and the court has “great respect” for his work.

“We don’t have time normally, but I saw the funeral service (of Swamy). It was very gracious,” Justice Shinde said.

Even as the bench said the court has great respect for Swamy’s work, it also noted that “whatever is there against him is a different matter legally.”

On Friday, the court was hearing Father Swamy’s bail applications wherein his counsel Senior Advocate Mihir Desai was seeking certain reliefs pertaining to the mandatory judicial inquiry to be held into Father Swamy’s death under section 176(1A) of the CrPC.

However, the NIA, through ASG Singh opposed the request, arguing that the appeal “should be abated as he (Swamy) is no more.”