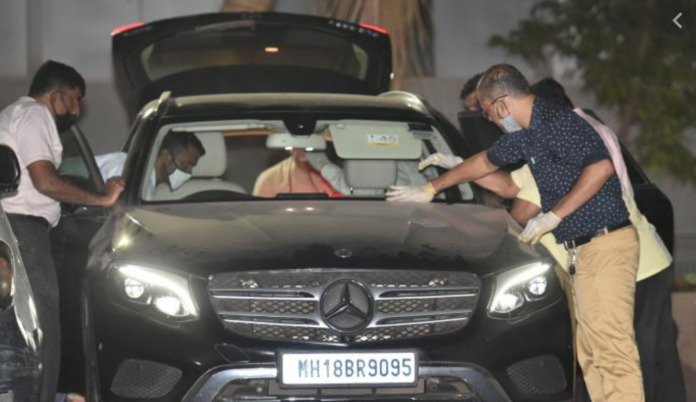 The National Investigation Agency (NIA) has seized two more luxury cars in the Antilia bomb scare case, as per a report in  TV9marathi.com.

This makes the number of vehicles seized increase to 5. It’s learnt that NIA is in lookout of two more luxury cars. These are suspected to be linked to controversial cop Sachin Vaze, under under NIA detention.

One of the two cars seized is a black luxury SUV, a Mercedes Benz. There is another high-end SUV, a white Toyota Land Cruiser Prado which they have gotten hold of.

The Mercedes car (MH43AR8697) is registered in the name of Narmada Offshore Construction Pvt Ltd. While the Prado with registration number MH02CC101 is in the name of one Vijaykumar Ganpat Bhosle, a Shiv Sena leader. He had contested the 2014 Maharashtra assembly election. He had named the same Toyota Prado SUV in his assets declaration.

NIA is reportedly looking for two more cars linked to the case, one blue Mercedes car and a Skoda car.