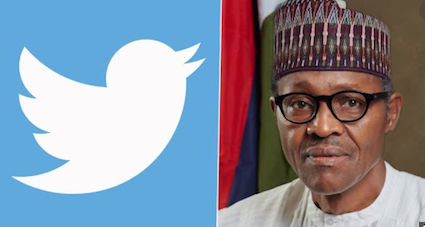 Nigeria’s government has announced an indefinite suspension of Twitter in the country, two days after the social media company removed a post from president Muhammadu Buhari.

The Ministry of Information and Culture in a statement said, “The federal government has suspended, indefinitely, the activities of the microblogging and social networking service Twitter in Nigeria.”

Information Minister Lai Mohammed said the government had acted because of “the persistent use of the platform for activities that are capable of undermining Nigeria’s corporate existence”. He did not spell out what form the suspension would take or give more details on the undermining activities.

In the now-deleted tweet, Buhari had warned secessionist elements in Biafra – blamed for the attack on the country’s security personnel – of a befitting crackdown.

“Many of those misbehaving today are too young to be aware of the destruction and loss of lives that occurred during the Nigeria civil war. Those of us in the fields for 30 months, who went through the war, will treat them in the language they understand”, he had written in the tweet.

Lai Mohammed after Twitter’s action had said, “Twitter may have its own rules, it’s not the universal rule. If Mr. President, anywhere in the world feels very bad and concerned about a situation, he is free to express such views”.

Beyond that, Mohammed called out the social media giant by saying its decision was biased and said the president had a right to express his thoughts on events that affect the country. He also raised suspicion about the platform’s intention in the country. “Twitter may have its own rules; it’s not the universal rule. If Mr President anywhere in the world feels very bad and concerned about a situation, he is free to express such views… The mission of Twitter in Nigeria is very, very suspect,” he said.

“When people were burning police stations and killing policemen in Nigeria during End SARS, a decentralised social movement, for Twitter, it was about the right to protest. But when a similar thing happened in the United States, it became insurrection,” he had added.