Nirmala presents a bold budget, a leap of great faith: Sensex on steroids 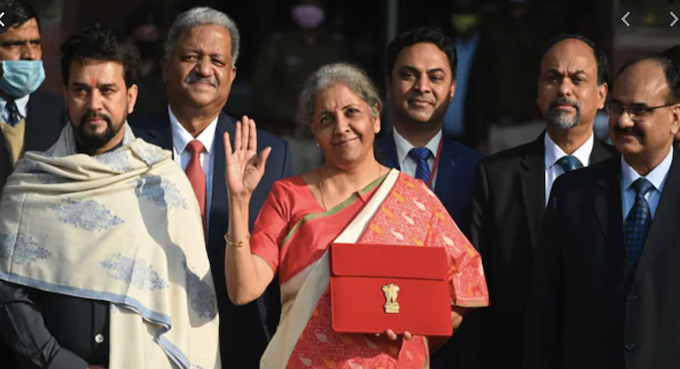 In one brief expression, the present budget could be termed: Imaginative and bold.  The 2200 point jump in Sensex—over 5 per cent—is proof enough.

It’s a growth-geared budget. It goes against the grain. Least of all it doesn’t try to play to the gallery and earn approval from credit agencies.

Sure, the fiscal deficit number is a high 9.5 percent for 2020-2021. Next year, it could be as low as 6.8 percent. That’s the kind of faith it has on India’s GDP in this fiscal year. Simple, if the growth is sustained, the debt would be sustained.

The Modi government is also going ahead with the privatization of companies (already on the block are Bharat Petroleum, Air India, Shipping Corporation, Concor etc). Now two banks and one general insurance company has been added to the list.

So though the Modi government appears seemingly under pressure on protesting farmers’ front, and the Rahul Gandhi charade of Modi selling out to corporate cronies, the Modi government isn’t retreating its steps. It would need amendments in bank and insurance nationalisation acts and the government seems prepared for it.

It seems Modi, reluctant at best on matters of privatization, and conservative in terms of economic measure, it seems has gone for a complete self transformation. It’s Modi the Bold which he was amply seen during his chief minister days in Gujarat.

Further, the present budget is an acknowledgment that Modi government is prepared to put its shoulder, and trust it, in reviving the investment cycles. So, capital spending would be up by 34 per cent next year (Rs 5.54 lakh crores). Another Rs 2 lakh crore is being given to states and autonomous bodies.

There are sops for affordable housing, asset monetisation of ports, airports, pipelines, roads and railway projects, power transmission lines etc. Infrastructure would really be the driving engine of growth. No more cry or excuses that there are no funds.

The Covid-19 has brought the focus on health sector and rightly so. The spending on this has got a major boost, almost two times. If it was Rs 94,000 crore in the budget estimate of 2020-21, its now proposed Rs 224,000 crore next year. It implies that public wouldn’t be worrying about big dent in their pockets on health counts. They could spare the money to boost consumption demand elsewhere.

There is no direct intervention in jobs but its believed that an economy in fourth gear would take care of it on its own. There would surely be employment incentives to be offered in future—especially for regulatory burdens on small firms and incentivising job-creating sectors—but for the moment, this would do.

The production-linked incentive schemes for manufacturing—some Rs 1.95 lakh crores set aside for five years—would improve jobs but cities too would need major job-creation. The proposal to expand bus fleets by some Rs 18,000 crores suggest that the idea is to grow jobs in urban areas.

The top takeaways from the budget are:

2- Two public-sector banks one state-owned general insurance company to be lined up for disinvestment. FDI in insurance would be hiked to 74% from 49% now. LIC would soon have an IPO;

5- There would be an asset reconstruction company to take over the bad loans of banks. It would afford them flexibility to finance economic recovery;

6- A new development financial institution would come into being with a capital of Rs 20,000 crores. It would help long held up projects get debts. It would have statutory backing but managed professionally. It could lend Rs 5 lakh crore in three years;

9-NITI Aayog was for short list non-core PSUs for strategic sale. The government now estimates the disinvestment receipts to be Rs 1,75,000 crore;