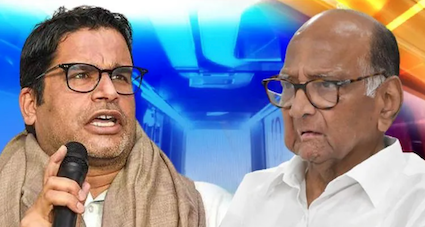 Poll strategist Prashant Kishor told India Today that he will not be part of the informal meeting to be hosted by NCP chief Sharad Pawar on Tuesday.

“I don’t believe a Third or Fourth Front could emerge as a successful challenge to the current dispensation,” he told NDTV.

According to Kishor, the ‘tried and tested’ Third Front model is archaic and does not suit the current political dynamic.

His statement acts as a clarification of sorts amid speculation that his meeting with Pawar is associated with a plan to unite major Opposition parties against the BJP across the country.

Hours after this, another meeting was called at Pawar’s house but it wasn’t just the two. With Yashwant Sinha of the Trinamool Congress, the meeting featured journalists, ex-diplomats, academics, and intellectual figures, diminishing its political significance.

According to a report, he had also criticized the Congress approach, saying the party “must realise that it has a problem and then do something about it”.