No Covid-19 deaths due to lack of oxygen: How Rahul, Kejri twisted the statement 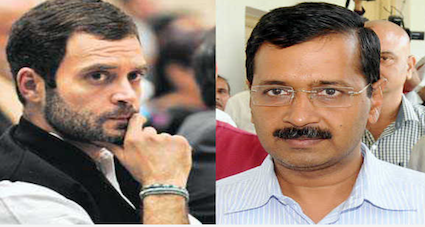 Addressing a press conference, BJP leader Sambit Patra said that Union Minister of State for Health Bharati Pravin Pawar had told the Rajya Sabha that “health is a state subject and states and UTs regularly report the number of cases and deaths to the central government”.

“Secondly, the union health ministry has issued guidelines for reporting of deaths to all states and UTs. The states and UTs provide the data of COVID cases and deaths to the Union Health Ministry on a regular basis. However, not a single state or UT in their report said that the deaths were due to the lack of oxygen,” Patra said.

Taking potshots at ‘big brother’ Gandhi and ‘younger brother’ Kejriwal, the BJP national spokesperson accused the Congress leader and AAP of creating confusion on the sensitive issue of COVID fatalities.

Patra said it was condemnable that at a time when everyone should unite to win the battle against coronavirus disease, some political leaders are playing dirty politics.

Reading out affidavits of Delhi and Maharashtra governments, Patra said both the administrations informed the high courts that not a single death was a result of lack of Oxygen.