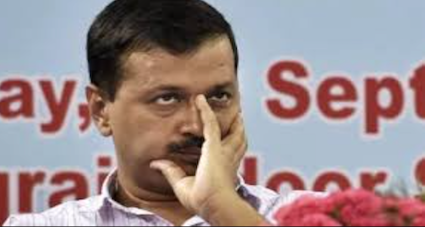 The Arvind Kejriwal-led Aam Aadmi government has asked the Centre to divert the surplus oxygen to other states. Deputy chief minister Manish Sisodia today said that they have scaled-down its requirement of medical oxygen from 700MT to 582MT in view of the declining daily Covid-19 cases in the national Capital.

However, the reduction in the oxygen demand for Delhi comes days after the Supreme Court ordered an audit of supply, distribution, and utilization of oxygen supply in the national Capital.

It is important to note that Solicitor General Tushar Mehta, representing the Centre in the Supreme Court has been mentioning that Delhi’s demand for 700mt is beyond the actual requirement and could be met with 500-600 mt oxygen but the AAP government continued to target the Central government for not supplying adequate oxygen to the capital.

The state even informed the Central government that Delhi needs a daily supply of at least 976 MT of oxygen to emerge from the crisis in the national capital.

Also, when Delhi had 74,941 active coronavirus cases last month, the Kejriwal government had demanded 700 MT of oxygen but now when the active cases have reached 82,725, the government says their oxygen consumption has been reduced to 582 MT.

Beyond that, recently an alleged oxygen racket was busted by Delhi Police, which included AAP’s MLA Imran Hussain and a restaurateur allegedly close to Kejriwal.

“Inefficiency in use and diversion reports indicate that oxygen is being diverted to the black market or being hoarded by ministers of the Delhi government themselves,” a central government source said.