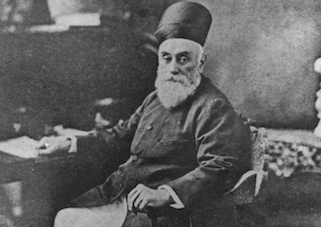 With donations worth $102.4 billion, the Indian industry’s doyen and Tata Group founder Jamsetji Nusserwanji Tata have emerged as the world’s biggest philanthropist of the last century, much ahead of the American and European philanthropists who may have been considered the greatest givers all these years.

Wipro Founder-Chairman Azim Premji, who gifted about $22 billion for noble causes and ranked 12, is the only other Indian in the list of 50 global philanthropists compiled by Hurun Research and EdelGive Foundation.

According to the list, Tata owner is much ahead of others like Bill Gates and his ex-wife Melinda who have donated $74.6 billion, Warren Buffet ( $37.4 billion), George Soros ($34.8 billion) and John D Rockefeller ($26.8 billion)

The total donations from the world’s most generous individuals in the last century stood at $832 billion, of which $503 billion came in from foundation endowments and $329 billion from donations.

“Many of the philanthropists made the donation in the second generation rather than the first, such as the story of the Ford Foundation, which was set up by the son of Henry Ford,” Rupert Hoogewerf, Chairman and Chief Researcher of Hurun Report, said.

Today’s billionaires, Hoogewerf says, are not keeping up with philanthropy, making money much faster than they are giving it away. A few names like Alfred Nobel are not even in the list of top-50 givers of the last century.

“The speed of wealth creation is nothing short of staggering. Three individuals added more than $50 billion in a single year, led by Elon Musk with $151 billon, on the back of the rise of e-cars, whilst e-commerce billionaires Jeff Bezos of Amazon and Colin Huang of Pinduoduo added $50 billion each. At this rate, expect to see fifty or more break through the $100 billion mark within the next five years,” Hoogewerf added.