Now China under the pump from Australia on Hong Kong 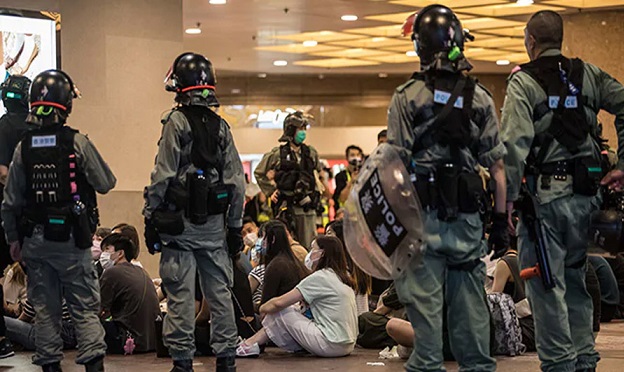 First Britain. Then Canada. Now Australia. The world seems to be beating down on Beijing on the matter of Hong Kong.

Australian prime minister Scott Morrison said on Thursday that Australia was suspending its extradition agreement with Hong Kong because of the new national security law imposed by China.

The Hong Kongers thus could extend their visa in Australia up to five years.

This announcement has come on the heels of China’s suspension of its extradition treaty with Hong Kong. Britain has already decided to open the citizenship avenue to as many as 3 million Hong Kongers. New Zealand too said on Thursday its reviewing the country’s relationship with Hong Kong.

Morrison said it would open path for people from Hong Kong towards permanent residency. He also opined that businesses in Hong Kong could move to Australia. Alongside, Australia has issued an updated advisory to its citizens about travelling to Hong Kong. Provocatively, it outlined the risk of Australians being sent to mainland China for persecution.

“You may be at increased risk of detention on vaguely defined national security grounds,” Australia’s travel advice states. “You could break the law without intending to.”

Hong Kong had enjoyed a semiautonomous status with China after it was returned to mainland from Britain in 1997.

“Our government, together with other governments around the world, have been very consistent in expressing our concerns about the imposition of the national security law on Hong Kong,” Mr. Morrison said. “Today we have agreed to announce that that national security law constitutes a fundamental change of circumstances in respect to our extradition agreement with Hong Kong.”

Meanwhile China has denounced the move of Canberra through its embassy. “We urge the Australian side to immediately stop meddling in Hong Kong affairs and China’s internal affairs,” it said in a statement, adding “Otherwise it will lead to nothing but lifting a rock only to hit its own feet.”