Now police complaint on Ranaut for addressing Thackeray as ‘Tu’ 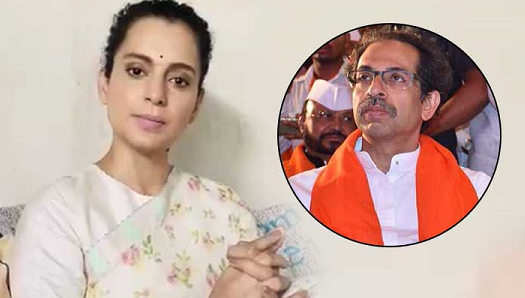 Kangana Ranaut and Maharashtra government appear to be two prized boxers going at each other with a flurry of punches with no referee, no moral crusaders in the garb of intellectuals, gender activists or pompous media anywhere in sight.

Now two police complaints have been filed against Ranaut for allegedly using foul language against the chief minister of Maharashtra, Uddhav Thackeray though on the face of it, it appears nothing but browbeating and intimidation.

As per one complainant, Ranaut had used “inflammatory and derogatory words” against Thackeray and in so doing “tried to diminish the character and challenge the dignity” of the chief minister of Maharashtra.

And what are these derogatory words? “Tu”. That’s it. Ranaut, in a video as her Bandra office was being demolished by the Brihanmumbai Municipal Corporation (BMC), had said: “Uddhav Thackeray, tujhe kya lagta hai? That you colluded along with the film mafia, demolished my home and took revenge on me? My home was demolished today, your arrogance will crumble tomorrow.”

The demolition of Ms Ranaut was subsequently stopped by the High Court after the actor had filed a petition challenging the move by the civic body. The High Court had admonished the civic authorities, stating “prima facie (the demolition) doesn’t appear to be bonafide.”

The next hearing on the petition is due on September 22.

In the last 24 hours, Shiv Sena’s coalition partner in the government, Sharad Pawar of NCP has admonished the move to demolish Ranaut’s bungalow; the third partner Congress too has distanced itself from the ongoing but it isn’t to say that Shiv Sena is letting up on her tirade and intimidation against Ranaut.

First Sanjay Raut had called Ranaut a “haramkhor ladki.” He followed it up with another derogatory remark on the three-time national award winner by calling her “supari girl.” In between he was promoted as the chief spokesperson of his party, Shiv Sena.

The things began to snowball after hate graffitis and death threats appeared in Mumbai against the actor. In response Ranaut compared Mumbai to Pakistan-occupied-Kashmir. It was followed by a police complaint to try the actor with a sedition charge.

One thing has followed another with no signs of letting up in this ugly and embarrassing high-handedness by those who run Maharashtra.

Thackeray himself had taken a swipe at Ranaut in the assembly, stating some people don’t have gratitude for the city where they earn their livelihood.

As of now, Ranaut has been provided by Y-plus level CRPF security in view of physical threats being issued against the actor.