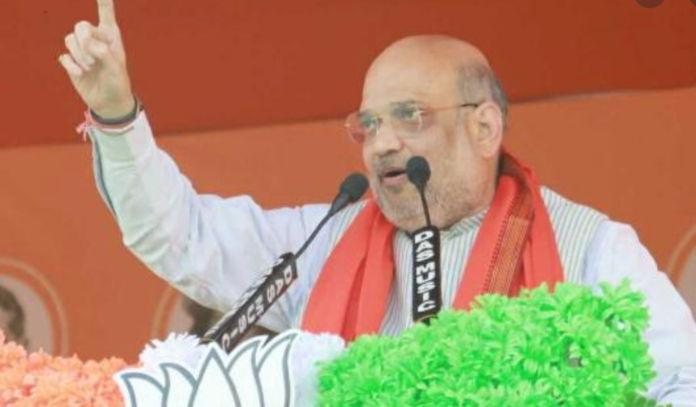 Taking the campaigning to hills, Home minister Amit Shah today addressed the three hill seats of Darjeeling, Kalimpong and Kurseong with a hope to consolidate its hold over North Bengal.

During his roadshow in Kalimpong, Amit Shah asserted that the National Register of Citizens (NRC) will have no impact on the Gorkhas.

“The NRC hasn’t been brought yet, but even if it’s brought, not even one Gorkha will be ousted,” he said.

He also targeted the Trinamool Congress government for spreading lies about the possible fallout of NRC on the Gorkhas in order to create fear among them.

Training his guns on TMC chief, Shah accused Banerjee’s government and held them responsible for the death of many Gorkhas in recent times.

“We will form an SIT and send those responsible for the wrongdoings behind bars,” Shah said amid chants of ‘Jai Shri Ram’ and ‘Jai Gorkha’.

Shah also promised several developments and said that BJP will allot Rs 1000 crore to set up AIIMS, a Central University in North Bengal and make Darjeeling hills are tourist hub which will increase the employment opportunities.