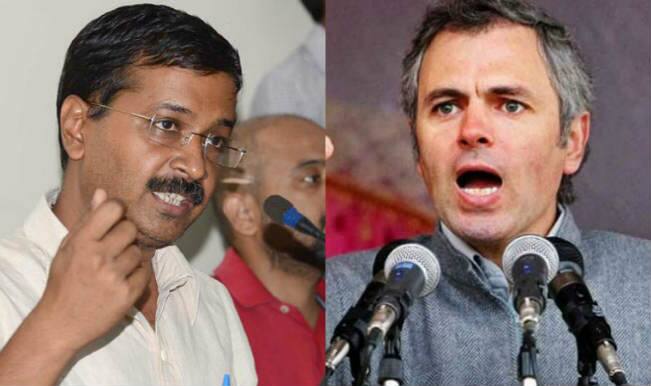 Omar Abdullah has made some stinging remarks about Delhi’s chief minister Arvind Kejriwal, along with a few other leaders of opposition political parties, as the first anniversary of the revocation of special status of Jammu and Kashmir is approaching on August 5.

“I am less resentful of their support to BJP on 35A and 370 (Article) but I am deeply resentful about their support to the UT (Union Territory) and the dismemberment, because they didn’t need to support the BJP on that,” said Abdullah, vice-president of the J & K National Conference , in an interview to Indian Express today.

Along with Kejriwal, Abdullah felt similarly aggrieved at the conduct of Telangana chief minister K. Chandrashekhar Rao and TDP’s N Chandrababu Naidu, along with other parties from across the board. Indian Express though didn’t explain who these “other parties” are. It could be Congress party, CPI-M, Bahujan Samaj Party (BSP), Samajwadi Party (SP) or all of them.

“And then the way the detentions were handled…Token lip service…They were happy to take our support when they needed it for their own causes but they didn’t find common cause with us and honestly, I will not stand up for a single one of them tomorrow.

“Not one of them.

“God forbid any of them get taken off to jail, I will not utter a word for them. God forbid, anything like this happens to them, I will lose my voice as well (when the freedom of these leaders is curbed).

“I have no cause with them. That is it…”, said Abdullah

As per Express, Abdullah ostensibly felt it to be a “betrayal” though the newspaper, again, has not published his full quote with the word.

In a separate piece penned by himself, Abdullah says that he would not be contesting the assembly elections whenever they are held in Kashmir.

“As for me, I am very clear that while J&K remains a Union Territory, I will not be contesting any assembly elections. Having been a member of the most empowered assembly in the land, and that too, as the leader of that Assembly for six years, I simply cannot and will not be a member of a House that has been disempowered…”

Abdullah also said he would not take part in “street protests.”

“I’m sorry, that is not me. It is not my politics. it is not my party’s politics. I will not engineer a protest to score a point…I’ve said this before, if I am not willing to put a stone or a gun into my own kids’ hands, I have no business doing the same to any young Kashmiri.”

Abdullah was detained on August 5, 2019 when the special status of J & K was revoked. He was released on March 24 this year.