Only Gandhis would remain in Congress: Himanta Sarma 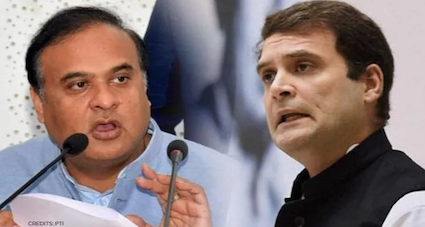 After Ghulam Nabi Azad’s resignation from the Congress, Assam Chief Minister Himanta Biswa Sarma, a Congress alum, sneered that soon only the Gandhis would remain in the Congress.

Himanta Sarma, who quit the Congress in 2015 voicing complaints against Rahul Gandhi and joined the BJP, said he had written a similar letter.

“If you read Ghulam Nabi Azad’s letter and the letter I wrote in 2015, you will find a lot of similarities. The problem with the congress party is that everybody knows that Rahul Gandhi is immature, whimsical and unpredictable. Congress president or Sonia Gandhi is not taking care of the party. Basically, all these years she is only trying to promote her son. But that is a futile attempt. As a result people who are loyal to the party are deserting (them) one by one,” said the Chief Minister.

“I had predicted that a time for Congress will come when only the Gandhis will remain in the party and it is happening. Rahul Gandhi is actually a boon for the BJP,” Sarma said.

He said everybody in the Congress felt the same – that Rahul Gandhi doesn’t have what it takes to lead a big party.