Orphaned children in Bengal: Union ministers hit out at Mamata 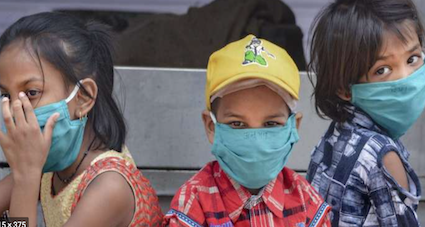 Taking to Twitter, Pradhan wrote, “Bengal govt. has been clueless and has been in deep slumber on several issues, including women’s safety, post-poll violence, and safeguarding rights of children orphaned in Covid. Shifting goalposts, CM Bengal is on a relentless pursuit to hide her failures & gaslight the public.”

Union Health Minister Dr Harsh Vardhan also hit out at Mamata Banerjee’s government for failing to provide protection and basic amenities to children who were orphaned during the Covid-19 pandemic.

“A sister (Didi) is an idol of affection, sacrifice and love, but why is this sister so cruel? Why are you shying away from providing government facilities to orphaned children? Dirty politics with the lives of young ones is not good.” He further asked, “What is Mamata Banerjee trying to prove by ignoring the court order? Is she above the Supreme Court?”

Earlier on Monday, the Supreme Court pulled up the West Bengal government for not complying with its order in connection with the collection of and uploading data on children who were either orphaned or are under distress amid Covid on the National Commission for Protection of Children Rights (NCRCR) portal.

Slamming the TMC government for making an excuse, the court said, “when all the states have complied with the order, how can there be confusion only for Bengal?”