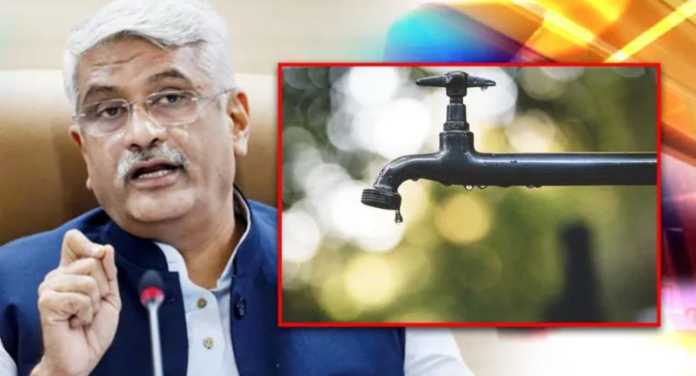 The Modi government’s emphasis on providing clean tap water on priority to every household in Japanese Encephalitis – Acute Encephalitis Syndrome (JE-AES) affected areas has shown results on the ground. It has expanded rapidly, with tap water supply has been provided to more than 10 million homes in 61 such districts.

JE-AES is a serious health hazard that mostly affects children and young adults, leading to morbidity and mortality. These infections particularly affect malnourished children of poor economic backgrounds. While a vaccine is available to prevent JE, but for the other strains, a lot is required to be done.

The five states with JE-AES-affected priority districts are Assam, Bihar, Tamil Nadu, Uttar Pradesh and West Bengal. On August 15, 2019, when Jal Jeevan Mission was announced, only 8.02 lakh (2.67 percent) households in 61 JE-AES-affected districts across the five states had a tap water supply. However,  In the last 22 months, tap water connections have been provided to additional 97.41 lakh households in these districts.

Lokesh Nath, former in-charge, National Vector Borne Disease Control Programme, Bareilly, Uttar Pradesh, informed, “The absence of clean drinking water aggravates encephalitis syndrome because unsafe water is a cause of malnutrition. When malnourished children are afflicted, they either take longer to recover or have poorer chances of survival.”

Considering this, the government emphasized on providing better sanitation and clean drinking water to eradicate the disease. The Yogi Adityanath-led government in Uttar Pradesh even initiated vaccinating children against the deadly disease in the hotspots in Uttar Pradesh, leading to a significant decline in the death rate among children JE-AES.