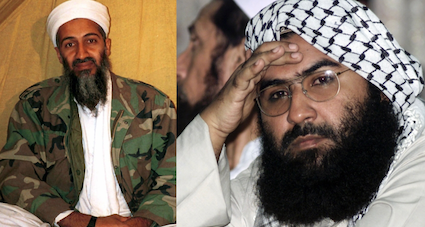 On May 2, 2011, a special team of US Seals killed Osama bin Laden in a midnight strike in Abbotabad in Pakistan. The killing was authorised by then US President Barrack Obama and that must have been one of the longest night vigils he kept, keeping track of all the action. The CIA-led operation  was a shock for many as they found it difficult to believe that Osama, Al Qaeda leader, could have been hiding in Pakistan.

After Osama killing, then Pakistan Prime Minister Yousuf Raza Geelani set up a commission of inquiry headed by a senior judge. In his report, the judge said that Pakistan’s military as also its intelligence agencies had failed. It was their “failure which allowed Osama to remain in hiding for nine years in Pakistan’’, the Abbottabad Commission Report said. One can only say … Bravo, bravo … at such blatant lies that Pakistan officially tries to pass around as gospel truth.

A better explanation than the judge’s report for Osama’s presence in Abottabad is more convincing and entirely plausible. It is that Pakistan’s Deep State, comprising Inter Services Intelligence (ISI) and some other elements, kept Osama in hiding all those nine years he lived in Pakistan. These very people promised all help to the US in hunting down terrorists like Osama and minted millions of dollars.

It seems such unconvincing things are routine for Pakistan authorities and they calibrate their lies to suit the occasion. As per the demand of the situation and to wriggle out of indelicate position they find themselves in. The latest in this series of incredulous actions by Pakistan is asking the Taliban government in Kabul to arrest Jaish e Mohammad (JeM) founder Masood Azhar.

In a recent letter, the Pakistan government has reportedly asked Taliban to locate, arrest and hand over Azhar to Islamabad. As if Azhar is not being kept in hiding and away from prying eyes by Pakistan itself. The reason for this virtual disowning of Azhar is the threat posed by Financial Action Task Force (FATF) plenary scheduled for next month, October. Presently, Pakistan is in grey-list of FATF and is desperate to wriggle out of that status as it is very close to an economic meltdown.

The Taliban have been quick to dispel the notion that Azhar is hiding in Afghanistan somewhere or they know about his whereabouts. They have serious problems of their own as non-recognition from any nation more than a year after they came to power has been haunting them. Earlier, over 75% of the budget of Afghanistan was financed by donations from West, the US and others. This stream of finance has dried up altogether and no reliable source of revenue is available to them.

In the Doha deal they had signed with the US a couple of years ago, one promise the Taliban had made was not to harbour any terrorists on their soil. Azhar is a designated “global terrorist’’ and Pakistan’s pointing fingers towards Taliban could put them in serious trouble. Already, the US claims about having liquidated Al Qaeda leader Al Zawahiri in Kabul using a Hellfire missile has left Taliban leadership worried. In Islamabad as also in Kabul, there is speculation that Zawahiri’s coordinates were provided to the US by someone at GHQ Rawalpindi.

Incidentally, it is worth mentioning here that Maulana Masood Azhar had remained very visible in many parts of Pakistan for almost 15 years. For a long time, the UN could not declare him a “global terrorist’’ because of China’s technical hold which was nothing but delaying tactics. In 2016, after the Pathankot attack, Pakistan government had said that it has taken Masood Azhar in custody. For the last couple of years though, Pakistan has been playing cat and mouse with several global forums like FATF. It maintains an official stance that it doesn’t harbour terrorists. However, it is common knowledge that Syed Salahuddin, Azhar, Hafiz Saeed, Sirajuddin Haqqani and other lesser known terrorists were all its honoured guests.