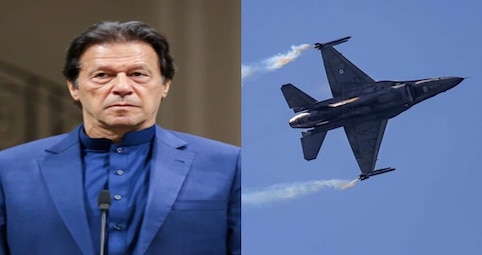 Supreme Court lawyer Nalin Kohli, who is also BJP spokesperson, has slammed the Congress for questioning the Indian government’s claims about 300 terrorists being killed in Balakot. The Congress wanted proof of the casualties but Pakistan has now conceded that terrorists were killed in Balakot strikes of February 2019, he pointed out.

“Now I hope there is no doubt left as Pakistan’s formed diplomat Agha Hilaly has admitted the same. Congress always refused to accept the Indian government. They were constantly demanding proof,” he said. Kohli’s statement came after Agha Hilaly said during a debate on an Urdu channel that India conducted “an act of war” by air strikes which “killed at least 300 on Pakistan soil”.

This admission by the former Pak diplomat has left the Imran Khan government red-faced as it has never acknowledged the presence of Jaish e Mohammad (JeM) terrorists at Balakot in Khyber Pakhtunkhwa.

India crossed the international border and did an act of war in which at least 300 were reported dead, Hilaly said. Later, Pakistan retaliated and we sent them a message that “whatever they will do, we’ll do only that much and won’t escalate”, he said talking about the Noshera air strikes by Pakistan in which no casualties were reported.

After the Balakot air strikes, Pakistan had claimed that nothing but “trees” were destroyed in the Indian aerial strikes. Some Indian opposition leaders had also taken this line. Agha Hilaly’s admission of casualties of terrorists at Balakot is in variance with the public stance the Imran government has taken so far.