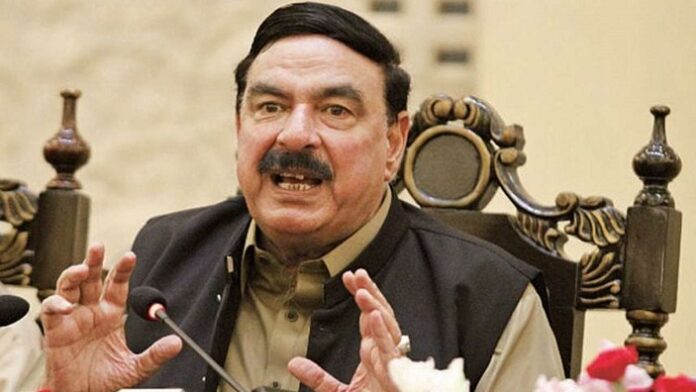 If his chosen ministers are a sign of calibre of a prime minister, then Imran Khan of Pakistan seems to be heading a cabinet of lunatics.

Sheikh Rashid Ahmad is the Railway minister of Pakistan. He often comes out with bizarre rants. His latest is that Pakistan has now bombs at its disposal which could hit Pakistan with impunity—but have a mind of its own to spare the Indian muslims.

Sheikh Rashid concedes that Pakistan stands no chance against India in conventional warfare. That’s why it has built miniaturized nuclear bombs which could hit targeted small enclaves with deadly precision.

In a TV interview, Sheikh Rashid makes some observations which viewers are suggested to watch with a handkerchief at hand.

Sheikh Rashid claims that Indian muslims are always rooting for Pakistan. That the incidents in Jamia Milia, JNU, Shaheen Bagh, Lucknow and now Bengaluru were orchestrated by Islamists. And that insult to the Prophet would never be taken lying down.

This the same minister who had ranted after India had repealed the special status of Jammu and Kashmir last year. He had then claimed that Pakistan has small, 125-150gm smart bombs which would destroy any targeted area in India.