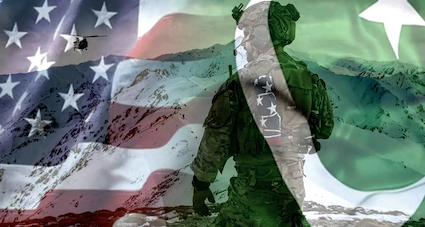 On August 15 this year, Taliban moved like lightening into Kabul leaving almost everyone in a state of daze. This made US withdrawal from Afghanistan a very messy affair but withdraw it did in another fortnight or so. A day later, on August 16, Pakistani Prime Minister Imran Khan said that Afghans have “broken shackles of slavery’’, and left nobody in doubt where his nation stood on Taliban’s return to power. In hindsight, it appears to be comment made in undue haste, and was nothing less than rubbing salt into US wounds. Obviously, the phrase “shackles of slavery’’ could have only meant the US presence in Afghanistan since late 2001.

According to an established adage, something done in haste often creates a situation where one is forced to repent at leisure. Imran’s hasty comments appear to be catching up with him now and the US is keen to make him repent at leisure, it seems. This seems to be becoming clear to senior political leaders of Pakistan now and they see a grim future for US-Pakistan ties. The US is, without a doubt, very important for Pakistan as it was generous in grants and is also a big importer of Pakistan products.

Interestingly, when the US overthrew Taliban in 2001, Pakistan continued to support them and gave them shelter in Quetta, Balochistan and other areas. It armed the Taliban and helped them revive insurgency in Afghanistan. Its Inter Services Intelligence (ISI) played the classic “hunting with the hounds, and running with hares’’ as far as Taliban were concerned with so much of refinement. This was due to Pakistan’s belief that Afghanistan, if it became stable with the US and Indian help, was against its strategic interests.

The eggs splattered on the face of Uncle Sam on August 15 were all from Pakistani farms where it had nurtured the Taliban over two decades. The prime position was held by the Quetta Shura (Council of Leaders) founded by 10 Afghan Taliban leaders in May 2002. The US (as also its allies) was categorical that it was in the safe houses of Quetta that the Taliban planned most of their moves against the coalition forces. For the record though, officially, Imran refuted the presence of Quetta Shura, as if it was the fertile imagination of US intelligence agencies which saw ghosts where there were none.

From a military point of view, whole of Pakistan celebrated the Taliban victory as its own and ISI chief’s presence in Kabul was a clear giveaway. Apparently, Pakistan had hoped that the Taliban would get recognition, if not from other nations than China, Russia, Iran and Turkey, at least. That has not happened and the days of its rent seeking from the US are over. In the days to come, it will have to decide whether it goes with the US or China. A very, very difficult choice for it as China has invested over $60 billion in Pakistan or more. China is often called the all-weather friend and ally of Pakistan.

Incidentally, China had helped Pakistan in the UN Security Council and did not allow declaring of Jaish e Mohammed founder Azhar Masood as a terrorist for a decade till May 2019. This was also the time when India and US were inching closer, something of an anathema for China. Despite all its efforts, the US and India are together as allies now in Quad, and the relationship is growing. Pakistan is not in a position to jettison China, for US, burdened as it is by Chinese loans.

In the days, weeks, months and years ahead, the US relationship with Pakistan is going to nosedive. For too long, the US backed Pakistan and pumped enough money into it. Not now. That means Pakistan’s discomfiture in world bodies like International Monetary Fund (IMF) and Financial Action Task Force (FATF) can only grow as the US has a substantial say there. Pakistan played the win-win game, getting support from both US and China, for too long.

ant Kumar Sharma, a seasoned journalist, is an authority on Jammu and Kashmir. Two of his books on Article 370 and Delimitation are already out. The third one on Indus Waters Treaty is now out and could be bought here.