‘Pakistan here, with Kashmiri Pandit women but without their men’ 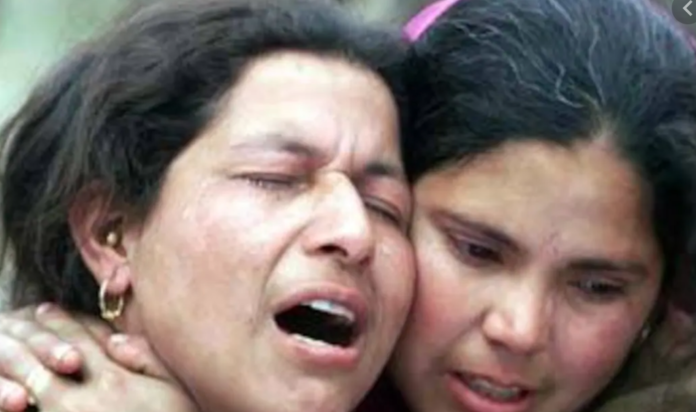 January 19 is a very, very special day for all Kashmiri Pandits (KPs), a day which they mark as Holocaust Day, both collectively and individually. It is a day like no other in terms of its significance to remind themselves and the world that Islamist jihadists had marked them out as the “other” on this day in 1990. Three decades later, they are far away from the Kashmir Valley which they left behind.

In their calendars, all Kashmiri Pandits look forward to Mahashivratri as the most pious and joyous day. Perhaps in some similar way, the most horrendous day for them in the contempt history is January 19.

Dozens, hundreds, thousands and finally lakhs of Kashmiri Hindus were driven out of Kashmir where they trace back their ancestry to over 5,000 years and more. The mass exodus was triggered by selective murders of community leaders, rapes of women and other atrocities. As one of them remarked: Those who murdered and killed us were neighbours, friends, servants and they decided to kill Kashmiri Pandits in the name of religion. A painful thought it is but we must remember that always.

Be it Twitter, or Facebook, or newspaper, and portals, across cities in India and abroad, most KP users have some stories to recount on their timelines. On September 14, 1989, BJP Vice President Tika Lal Thaploo was brutally murdered for his pro-India politics, and for being a Hindu. In the ecosystem that was building up around that time, being Hindu and pro-India were more than enough reasons to be shot dead in cold blood.

A month later, retired sessions judge Neelkanth Ganjoo, was shot dead to send another message to KPs that pro-Pakistan elements were gaining a stranglehold on Kashmir. Ganjoo had sentenced Jammu Kashmir Liberation Front (JKLF) leader Maqbool Bhat to death and for pro-Pakistan Islamists this was a reasonable price to extract from the family, and community, at large.

The killing of Srinagar Doordarshan Station Director Lass Koul was another selective killing meant to tell that Kashmiri Pandits were no longer welcome in Kashmir. The desecration of several temples, encroachments on shashmaan ghats and such other activities went alongside.

Many elders who lived through those hellish times, ran away barely saving themselves and leaving behind everything they loved died longing for their beautiful valley. An office-bearer of an organization representing KPs says: It was planned brutal ethnic genocide of Kashmiri Pandits by Islamic jehadists. But 5,000 years of our heritage cannot be wiped by our killers.

Worldwide, dozens of webinars are being organised, and social media is full of the accounts of the horrors they were subjected to. The community leaders have organised a special series called “Conversations in Exile” in which the younger KPs, as also the world at large, is told stories of brutalities they had to endure. One such webinar addressed by Sushil Pandit on Monday evening, had participants from London, Chicago, Houston, New York, San Jose, At several gatherings, organised in several cities, community leaders recalled the slogans of that era. In November-December 1989, “Hum kya chahtay, Azadi”, “Azadi ma matlab kya, La ilahi illallah” and  “Kashmir mein gar rehna hoga, Allahu Akbar kehna hoga” were shouted from neighbourhood mosques. A very demeaning and insulting slogan coined during that period targetting KPs, in local Kashmiri language, translated into “We want to make our Pakistan here, with Kashmiri Pandit women but without their men”.

On the Facebook page of Ajay Chrungoo of Panun Kashmir, a poignant poem recalls those times. Some excerpts:

Was the Day of Proclamation of

The Charter of Hatred

Dropped the Display Boards of

Called it a Day

History was not Concocted