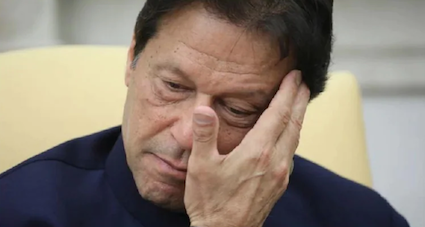 Pakistan’s Prime Minister Imran Khan faces a serious humiliation on Twitter after he was accused of not paying due salaries by its own embassy in Serbia.

Pakistan Embassy in Serbia took to Twitter and shared a parody video criticizing the Imran Khan government over record-breaking inflation and alleged non-payment of salaries for the past three months.

A parody song was also embedded in the tweet that mocked Khan for his often-used catchphrase ‘ghabrana nahi hai (we do not have to worry)’.

In a now-deleted tweet, they further asked that how long does Imran Khan expect government officials to remain silent.

Earlier this week, data released by the Pakistan Bureau of Statistics showed inflation edged up to 11.5pc from 9.2pc, the highest increase noted in the past 20 months influenced by a record hike in fuel prices in October.