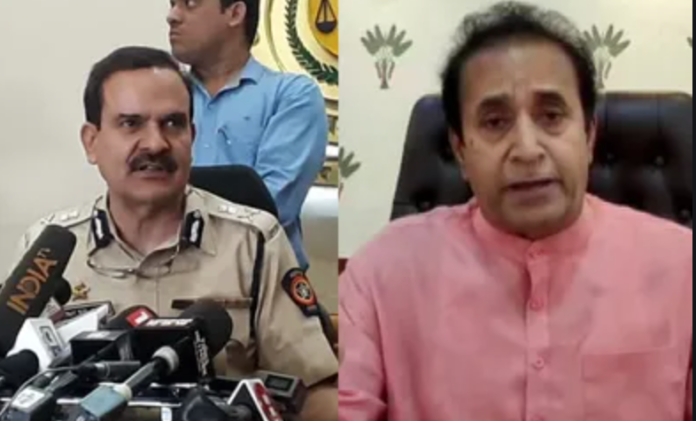 In his writ petition, Singh accused Deshmukh of interfering in various investigations and instructing the police officers to conduct probes in a particular manner as desired by him. The former top cop has also sought protection from further coercive action from the state against him.

He demanded an “unbiased, uninfluenced, impartial and fair investigation in the various corrupt malpractices of Shri Anil Deshmukh, the Hon’ble Home Minister of Government of Maharashtra, before the evidences are destroyed”. He will be represented in the matter by senior advocate Mukul Rohatgi.

In his petition, he also challenged his transfer order passed by the State from the post of Commissioner, Mumbai Police, as being violative of Article 14 and 21 of the Constitution. Singh said that his transfer was done in an “arbitrary and illegal” manner “without the completion of the minimum fixed tenure of two years”.

Singh was transferred for “mishandling” the case of bomb scare outside Mukesh Ambani’s residence on March 17 and senior IPS officer Hemant Nagrale, who was holding additional charge of Maharashtra DGP, was appointed as the new commissioner of Mumbai Police.Last week, Singh wrote an explosive letter addressed to CM Uddhav Thackeray, claiming Anil Deshmukh had asked arrested cop Sachin Vaze and other police officers to collect Rs 100 crore monthly, including Rs 50 to Rs 60 crore from bars and hotels in Mumbai.

However, Deshmukh had denied those allegations and had said that Singh was transferred in view of “serious and unforgivable mistakes” committed by him and his office.