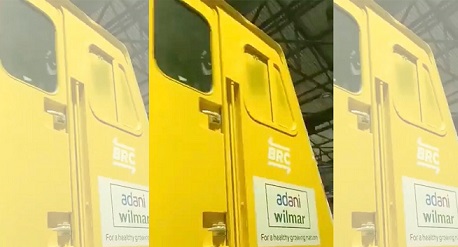 The Congress leader has floated a video in which the Adani Wilmar branding appears on Indian Railways’ rolling stock.

The video garnered over 10,000 likes, 6,500 shares since December 14 when it was posted from Priyanka Gandhi’s official account.

PIB, in response, has dubbed the video as “misleading” and claimed that the branding was not in real but just a commercial advertisement to boost the revenues of the national carrier.

“Through a video on Facebook, it is being claimed that the Indian government has put stamps of a private company on the trains. This claim is misleading, this is just a commercial advertisement with the aim of improving ‘non-rental revenue’,” said the statement issued through PIB Fact Check Twitter handle.