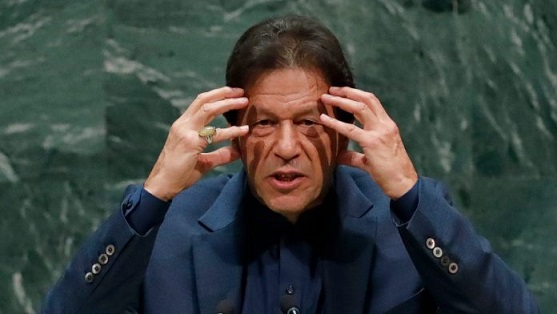 The inspector general of police in southern Sindh province in Pakistan has allegedly been kidnapped by official paramilitary troops—and the country is facing its worst political turmoil since prime minister Imran Khan took office two years ago.

Rangers, or the paramilitary troops, raided the house of Mushtaq Ahmed Mahar, the police chief, allegedly kidnapped him and forced him to sign an order for the arrest of an opposition leader Safdar Awan. This was claimed by a spokesperson for Bilawal Bhutton Zardari on Dunya TV yesterday.

While Khan’s pro-military government has not yet addressed the issue, army chief Qamar Javed Bajwa ordered an inquiry. A spokesman for the prime minister was not immediately available for comment.

The unprecedented incident, where almost all top-ranking police officers of the province sought leave for being “ridiculed,” provides a window into the turmoil in Pakistan which is the worst since Khan came into power about two years ago.

An alliance of 11 top opposition parties is already holding a series of nationwide rallies seeking Khan’s ouster over food shortages and inflation as well as demanding that the military stop meddling in politics.

The army, which has directly ruled Pakistan for about half of its existence since 1947, has historically played a key role in foreign and national security policy. Lately, it has expanded its role during the current government’s tenure. The army and the judiciary cannot be criticized publicly under Pakistan’s constitution.

Since the incident, police chief Mahar ordered his officers to delay their leaves until the completion of the separate probe ordered by the army and the state government, the Sindh police posted on Twitter late Tuesday night.

The alleged kidnapping happened on Monday before the police arrested Safdar Awan — the husband of Maryam Nawaz Sharif, the daughter and political heir of three-time prime minister Nawaz Sharif. Awan, who was charged for raising political slogans during a visit to the tomb of the nation’s founder Muhammad Ali Jinnah in Karachi, secured a bail from Sindh High Court.

It follows the arrest of journalists and opposition leaders, some who’ve been charged with treason by Khan’s government for criticizing the army.