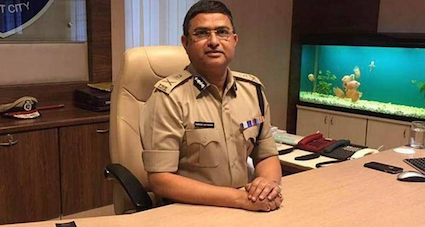 Delhi Police commissioner Rakesh Asthana has decided to restructure the Special Cell of Delhi Police to make it more accountable and effective. The special cell would combat the growing threat of Pakistan-backed terrorism and other associated crimes such as drug trafficking.

Informing about the revamp, Asthana mentioned, “Terrorism and organised crime, in their various manifestations, have evolved over the past few years as a network of deeply interconnected and symbiotically linked nodes and layers. With greater involvement of foreign state/non-state players, access to secure communication networks and ease of borderless fund transfers outside government controls, the isolated and specialised groups have started coordinating their activities to harness each other’s networks and resources.”

Additionally, special desks have been established to monitor the country’s and capital’s security and counter-terror and cyber operations.

While the Jihadi terror desk will be on the lookout for international terror groups such as Al Qaeda and ISIS and will be headed by DCP Pramod Kushwaha, DCP Sanjeev Yadav will be heading the Khalistani terror desk, which will be taking action against Khalistani outfits both in Indian and abroad. The Khalistan desk will also handle crackdowns on organized crime, fake currency, and arms trafficking syndicates.

Asthana also informed that the special cell, which has the mandate to attend to the challenges posed by the terror groups and organized criminal gangs, is restructured by aligning its activities into specialized verticals to deal with the evolving challenges.