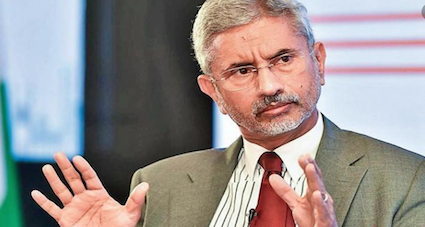 There is a political effort to depict the Modi government in a certain way, External Affairs Minister Dr. S Jaishankar has said while holding talks with former United States NSA, HR McMaster.

There is a difference between the political imagery that has been concocted and the actual governance record, said Dr Jaishankar.

I see this as a part of a political effort and obviously, I have a profound difference with that, the EAM Jaishankar said.

Jaishankar has been forthright about this agenda against the Modi government in the past too.

He had once singled out an American newspaper, criticising it for its one-sided report. Then days after Freedom House and V-Dem Institute criticised India over freedom and democracy, Jaishankar had accused them of “hypocrisy” and called them “self-appointed custodians of the world who find it very difficult to stomach that somebody in India is not looking for their approval.”