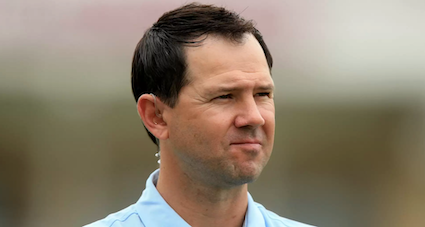 Former Australia captain Ricky Ponting feels India should find a way to include both Rishabh Pant and Dinesh Karthik in their playing XI for the T20 World Cup. Ponting feels that both wicketkeeper-batters are in top form, and having both players in the team might benefit Team India. While Pant has been in excellent form in international cricket, Dinesh Karthik had an impressive Indian Premier League campaign with the Royal Challengers Bangalore. Ponting said that he would take Pant and Karthik over the likes of Shreyas Iyer and Ishan Kishan.

“We have seen what Rishabh is capable of in 50-over cricket and I know absolutely what he is capable of in the T20 game. Dinesh Karthik has had his best IPL ever just very recently…and I would be trying to find every way to have both of those guys in my team. Rishabh to bat, in that three-four-five range, and have Dinesh and maybe Hardik Pandya…if you have those guys finishing for you, well that batting line-up looks very, very dangerous,” Ponting said on ICC Review.

“Obviously that means someone like (Ishan) Kishan or Surya (Suryakumar Yadav) or Iyer, someone like that, might miss out and I don’t think Surya will miss out given his current form. But when you got so much talent picking an Indian team is always going to be difficult and Pant and Karthik would be the two, I would pick ahead of Kishan right now,” he added.

India are currently in the West Indies to play three ODIs and five T20Is.

The first ODI will be played later on Friday at the Queen’s Park Oval in Port of Spain, Trinidad.