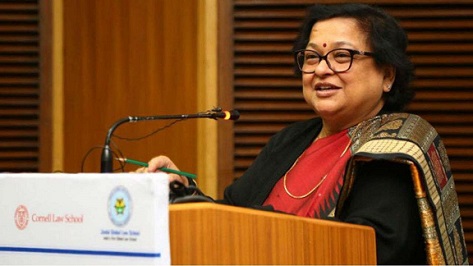 Over two decades ago, during the reign of the National Conference (NC) government headed by Farooq Abdullah, a scheme was launched to legalize encroachments on government lands. The government claimed that thousands of crores of rupees will be mobilised in this manner for creating a fund to tap the hydel power potential of Jammu and Kashmir. The scheme named Roshni, has proved to be andhera (darkness) as not a penny has been spent from the money received by alienation of government lands.

In this racket which began over 20 years ago, more than 20 lakh kanals of state land was transferred to the encroachers for piddly sums. An enabling ecosystem to carry this massive heist was created by politicians and bureaucrats working at their behest. Together, they sold a narrative that over Rs 25,000 crore can be collected if the encroachers of the state land are given rights on these lands for a consideration.

It was nothing else but active encouragement to encroachments, land grabbers, sundry petty criminals and helped the mafia to make money by tons. Lakhs of kanals of government land changed hands under this ponzi scheme called Roshni. A false narrative was built by the government of the day that this money will be used for tapping hydel potential of the Jammu and Kashmir state.

Till date, the government has not utilised any money received from alienation of lakhs of kanal in setting up a single hydel project. Even of 1 MW capacity, leave aside mobilisation of funds for setting up larger hydro projects. Incidentally, it is said that J&K has potential of producing over 20,000 MW of power by harnessing its hydel resources. The name Roshni was used to spread andhera (darkness) all around the length and breadth of J&K.

Much later, second installment of this fraud called Roshni II unfolded, and another round of loot of Government land was facilitated. A Double Bench of J&K High Court, comprising Chief Justice Geeta Mittal and Justice Rajesh Bindal, has ordered handing over this case to CBI for a comprehensive inquiry. The case is presently being handled by the Anti Corruption Bureau (ACB) but has not made any progress.

There are barely 20 FIRs filed in this loot of lakhs of kanals of land worth thousands of crores of rupees. In over seven years, investigation into only three or four of these FIRs was completed and challans presented in the court. The judges have made their displeasure known to the government during the past several hearings.

It seems to have now concurred with the submissions made by public spirited lawyer Sheikh Shakeel (image below) that the probe would linger on interminably if the ACB continued at this pace. Accordingly, it has ordered that the cases pertaining to Roshni I & II be handed over to CBI and an officer not below the rank of SP should head the teams constituted to look into the matter.

In the year 2014, another lawyer Ankur Sharma intervened in the writ petition filed by Sheikh Shakeel. He also brought many new facts before the court and joined Shakeel in demanding CBI probe into the issue. It was during tenure of Chief Justice M M Kumar many years ago that significant progress was made into the cases. However, successive governments apparently stalled the investigations as it had the potential to expose several politicians, senior IAS officers and KAS officers.

Many officials have retired from service but they too are likely to feel the heat generated by the court orders. Powerful politicians who are alleged to have made quick bucks by encouraging encroachments too may face tough legal challenges in the coming days, Sheikh Shakeel said.

In fact, it is just likely to be the beginning of another long journey which had started with filing of first writ petition against the loot in 2011. Before that, for a couple of years, several RTI applications filed regarding land allotments under Roshni scheme had given enough indications of hanky panky, he pointed out.

The probe will be monitored by the court, and CBI will need to make periodic submissions of the progress made. The court has also given directions to the government to publish all the names of encroachers of 20 lakh kanals of land on website within four weeks for the information of the public, Ankur Sharma said. That in itself is something which can have far-reaching consequences and most encroachers are watching with trepidations. The publication of thousands of names on the website of Revenue Department of J&K is likely to have serious repercussions.

Incidentally, Ankur Sharma heads an organisation called Ikkjutt Jammu for some time and recently converted into a political party which plans to contest the Legislative Assembly elections in Union Territory (UT) of J&K. He had also been involved in some PILs filed both in the J&K High and the Supreme Court. The court orders were announced during a hearing held in virtual mode and so far not been uploaded on the court website, something that may happen in a day or two as is routine.