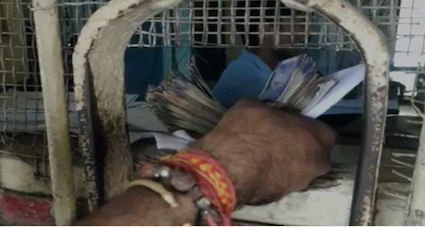 Betting on Indian Premier League (IPL) cricket matches, a postmaster in Madhya Pradesh is alleged to have lost ₹ 1 crore savings of two dozen families. The families’ money was to be fixed deposited at a sub post office in Sagar district.

The Bina sub post office postmaster Vishal Ahirwar was arrested on May 20 by the Bina Government Railway Police (GRP). He has reportedly confessed to the police about the crime.

“The arrested sub postmaster Vishal Ahirwar has been booked right now u/s 420 IPC (cheating) and 408 IPC (criminal breach of trust). More sections could be added in the case based on the outcome of further investigations,” Bina-GRP police station in-charge Ajay Dhurve said.