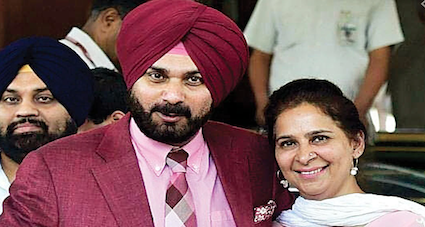 Punjab Vigilance has detected some “shady deals” between Sidhu, his staff and certain corporate firms during his term as a minister, and are investigating it, sources have told Republic TV network.

Those under probe are Sidhu, his wife Navjot Kaur Sidhu, his OSD Bunny Sandhu, PA Gaurav and clerk Rajiv Kumar for five alleged shady deals by favouring certain firms in his tenure as minister.

Sidhu, as per the report, has responded with: “Most welcome. Pls do your best Capt Amarinder Singh.”

In the recent days, seven Punjab ministers have demanded strict disciplinary action against Sidhu for his “anti-party activities.” Sidhu has attacked the state government  and Singh over the purported delay in justice to the incidents of desecration of the Guru Granth Sahib and the subsequent firing in 2015.

Sidhu has been at loggerheads with the Punjab chief minister after he denied Sidhu’s wife a ticket for the Lok Sabha elections.

On April 27, Singh dared Sidhu to contest from Patiala in the 2022 polls and predicted that he would lose his deposit. Singh has also dismissed any notion that Sidhu could be made deputy CM of the state.