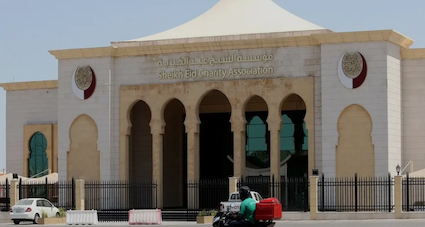 According to a report published in The Guardian by Usanas Foundation, it has been revealed that Eid Charity has been funding millions of dollars to organisations associated with the Wahhabi school of thought since 2008-2009.

The U.S. Department of Treasury sanctioned Al-Rahman al-Nu’aymi, one of the founders of Eid Charity and named him as Specially Designated Global Terrorist (SDGTs) in December 2013 for providing financial support to Al-Qaeda, Lebanon-based Asbat Al-Ansar, Al-Qaeda in Iraq, and Al-Shabab.

As a chief al-Qaeda financier, Nu’aymi has also sent millions of dollars from primarily Qatari-based donors to al-Qaeda affiliates in Yemen, Syria, Somalia, and Iraq. In October 2014, he was dubbed as “one of the world’s most prolific terrorist financiers.”

A Kerala-based organisation, Salafi Charitable Trust Narikkuni, received the largest chunk of the funds, involving around USD 4.9 million between 2008-17, from Eid Charity.

The funds are externally used for projects directly linked to the Muslim community, including building supporting mosques, however, internally these organisation allegedly work to promote extremist and radicalisation environment in India.

The Sheikh Thani Bin Abdullah Al Thani Foundation for Humanitarian Services or RAF, another Qatar based organisation has also been sending funds to Salafi. It is noteworthy that Arab Nations had banned RAF in 2017 for its involvement in funding terrorist organisations.

Apart from Salafi and Al Safa, Symposium Educational Charitable Society of Uttar Pradesh has received maximum funding from Eid Charity. While the organisation has no presence in the public domain, it has received over USD 2.01 million from Eid charity.

The investigation also revealed that the funds transferred to these organisations were sent using ghost individuals and shell organisations in order to escape the scrutiny of law enforcement agencies and tax regulatory bodies.