Raghuram Rajan praises India’s RBI for its measures on inflation 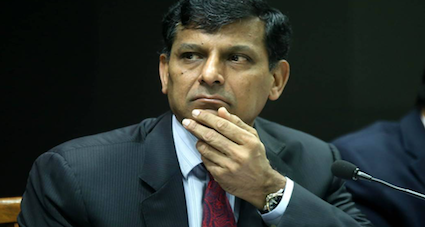 Now this is something: Former RBI governor Raghuram Rajan has praised India’s central bank in increasing the foreign exchange reserves of India, insulating India from problems being faced by neighbouring countries such as Pakistan and Sri Lanka.

“At present, there is inflation all over the world. RBI is increasing interest rates which will help in reducing inflation. Most inflation is in food and fuel. As we can see food inflation is coming down in the world & will decrease in India also,” Rajan told ANI.

What started as turmoil amid surging inflation, and a plummeting currency, snowballed into a full-blown economic crisis causing political upheaval in Sri Lanka, which lead to the ouster of Gotabaya Rajapaksa, who had to flee the country to escape peoples’ ire.

While inflation has also been high in India, the government took some measures to keep the prices of key commodities such as fuels and cooking oil under check. As of Friday, July 29, India’s foreign exchange stood at $571.60 billion, down from an all-time high of $642.453 billion seen on September 3, 2021. Reserves had fallen by $15 billion over the last two weeks.

Inflation is a matter of concern globally and not just in India. He added that the Reserve Bank of India (RBI) has raised interest rates, which will help control price rise. He further added that most of the inflation is because of food and fuel.

“As we can see food inflation is coming down in world & will decrease in India also,” he added.

India’s central bank has raised repo rates by a total of 90 basis points in May and June in order to check runaway price rise.