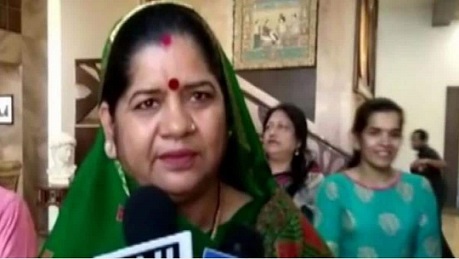 Congress leader Rahul Gandhi has disapproved of Kamal Nath having called a woman BJP minister of the state “item” but the latter is unwilling to apologies.

“It’s Rahul Gandhi’s opinion,” said Kamal Nath over the escalating row on his remark on BJP’s Imarti Devi whom he called “item.”

“I have already clarified the context in which I made that statement… Why should I apologise when I did not intend to insult anyone? If anyone felt insulted, I have already expressed regret,” Mr Nath told reporters.

“Kamal Nath ji is from my party but personally, I don’t like the type of language that he used,” Mr Gandhi told reporters today amid tumult over the issue. “I don’t appreciate it, regardless of who he is. It is unfortunate,” Gandhi scion had told reporters while speaking for the first time from his new constituency, Kerala’s Wayanad.

Nath had attempted to explain away the issue, saying “item” is a common term, including in the Parliament.

“I just didn’t remember the (person’s) name… this list (in his hand) says item no.1, item no.2. Is this an insult?” Kamal Nath told reporters regarding the woman who had been a minister in his 15-month government.

“I did not say anything disrespectful. I respect women. If anyone thinks this is disrespectful, then I regret it,” he added.

Nath had made his remarks while campaigning for party’s candidate Suresh Raje in Dabra in assembly bypoll elections.

“Why should I take the name (of the opposing candidate)? You all know that person better than me. What an item,” Mr Nath had said.

Imarti Devi meanwhile had questioned if Congress chief Sonia Gandhi would have condoned the statement had it been made about her daughter.

“I want to appeal to Sonia Gandhi, who is also a mother, not to keep such people in her party. Will she tolerate it if anybody said something like this about her daughter?” ANI quoted Imarti Devi as saying.