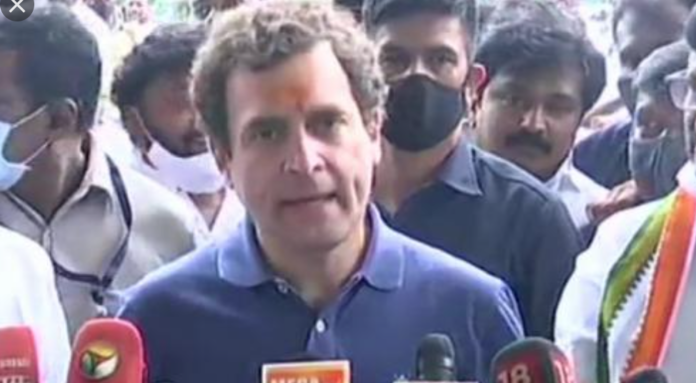 Congress MP Rahul Gandhi has been uncivil to Rashtriya Swayamsevak Sangh (RSS) by calling them “nikkar-wallahs of Nagpur” and stating they won’t decide the fate of the southern state Tamil Nadu where elections are due in April-May.

While addressing at Tiruppur in a road-show, Gandhi made these controversial remarks. He said the future of Tamil Nadu would be decided by the youngsters and it mattered little how many parades RSS holds in the state.

Further, Rahul Gandhi went on to repeat the tongue-twister that left his translator baffled earlier during a roadshow while he continued attacking the PM Modi-led Centre, alleging attempts made to ‘blackmail’ the Tamil Nadu government. Earlier on Sunday, ex-Congress chief Rahul Gandhi made a push strikingly similar to PM Modi’s ‘Aatmanirbhar Bharat’, saying that if India’s weavers, farmers and labourers were strengthened then China would not dare enter India.

After attending a Jallikattu event in Madurai on the occasion of Pongal, Rahul Gandhi has returned to Tamil Nadu to campaign ahead of the state polls in April-May 2021. His 200-km roadshow began from Coimbatore district and the Congress leader visited Tiruppur, Odanilai, and Karur. In addition, he will also visit Kerala, including his constituency Wayanad for two days from January 27.  Tamil Nadu, Kerala, and Puducherry are set to go to polls apart from Assam and West Bengal.

Congress and its ally DMK face the AIADMK-BJP combination apart from Kamal Haasan’s MNM and an array of local parties.