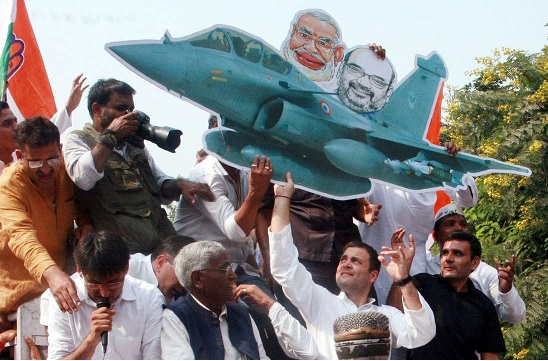 Rahul Gandhi, former president and scion of Congress party, has literally shot himself in the foot on India’s defence matters.

The dynast, despite being a member, hasn’t attended a single meeting out of the 11 the Parliamentary Standing Committee on Defence has held in the current Lok Sabha. And this from a man who had moved heavens in slapping corruption charges on the Modi government on Rafale jets deal in the run-up to the 2019 General Elections.

His absence from the parliamentary defence committee meetings couldn’t be put down to the embarrassment of having barely survived a “contempt” notice from the Supreme Court which also threw out the Rafale review petitions last November, stating they lacked merit.

For instance, Rahul Gandhi has been overly active in the present standoff against China at Galwan Valley which resulted in death of 20 Indian soldiers.  He made a snide remark against the prime minister by labelling him as “Surender Modi” besides tweeting a “fake video of Ladakhis” who claimed that a Chinese intrusion has happened. Most of these individuals later were found to belong to Congress party itself.

Somehow, Rahul Gandhi’s ferocious attack on Rafale doesn’t sync with his apathy on the ground, on matter of national defence, so to speak. Incidentally, he hasn’t raked up Rafale at all after Modi won the re-elections in 2019.

The Parliamentary Defence Committee takes up important matters related to research and procurement among others. There are issues of grants, role of public sector in defence and welfare of ex-soldiers, among others.

One can’t accuse Rahul Gandhi of lack of consistency though. In the first term of Modi, he was part of the Parliamentary Standing Committee on External Affairs for five years. Out of the combined 86 sittings, he showed up only on nine occasions.