Rahul Gandhi is a clown and Congress a circus, says Sambit Patra 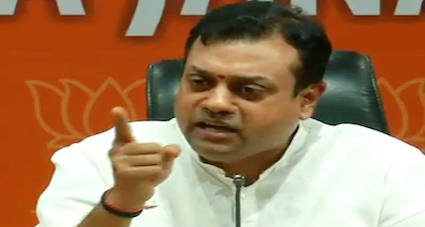 Sambit Patra, the spokesperson of the Bharatiya Janata Party, has termed Rahul Gandhi as clown and Congress party to a circus.

Responding to Rahul Gandhi’s ‘white paper’ on the Centre’s Covid management, Patra said that confusion and Rahul Gandhi are synonyms.

He also highlighted the fact that the erstwhile Congress President has changed his stance multiple times from wanting a lockdown to not wanting one and demanding decentralization of vaccination to centralization.

The BJP spokesperson asked a series of questions and added that every question has one answer- ‘Congress Party-led state’.

Patra said “Rahul Gandhi has done tireless efforts to derail India’s COVID fight, remember, in the beginning, he had called the nationwide restriction as Tughlaqi lockdown? India’s ‘Yuvraj’ went from ‘Tughlaqi lockdown’ to ‘why no lockdown’, from the question of where are vaccines to alleging Covaxin having serum from newborn calves. They enhanced the vaccine hesitancy by refusing to take Covaxin. Rahul Gandhi has created problems through all this”

Patra further added, “I would like to give unsolicited advice to Rahul Gandhi Ji…how long will you continue to do virtual press conferences. Try and visit the Congress- ruled states and see it for yourself how they have lagged behind in carrying out vaccination. The second wave (of Covid) started from Congress-ruled states and they were the worst affected too.”