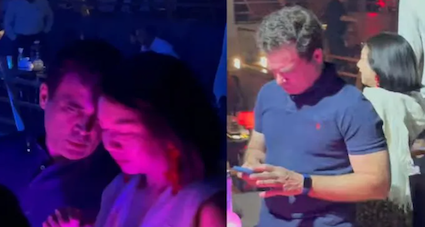 The undated video shows Rahul Gandhi partying along with another person at a nightclub believed to be in Kathmandu.

It is pertinent to note that Gandhi had gone abroad even as Congress was holding meetings with poll strategist Prashant Kishor to discuss his possible induction into the party.

Moreover, his absence from India has drawn ire as fresh violence has erupted in Congress-ruled Rajasthan’s Jodhpur.

Since BJP came to power in 2014, Congress has been plagued by the repeated absence of Rahul Gandhi from the country on crucial occasions thereby rendering it unable to play an effective role as the principal opposition party. For instance, he skipped the Budget session of Parliament in 2015 and went on a vacation from February to April. Moreover, the Lok Sabha MP conspicuously travelled to Bangkok in October 2019, at a time when Congress was facing infighting ahead of the Maharashtra and Haryana Assembly polls.

He was also missing from the scene when Congress was scheduled to hold 35 press conferences and protests against the Centre between November 1 and November 15, 2019. Meranwhile, sources told Republic TV that Gandhi jetted off to Italy to celebrate the New Year. As he returned to India only in January, he commenced his campaigning for the Assembly polls in Uttarakhand, Uttar Pradesh, Punjab, Manipur and Goa relatively late in comparison to rival parties.