Rahul names Channi as CM face for Congress in Punjab 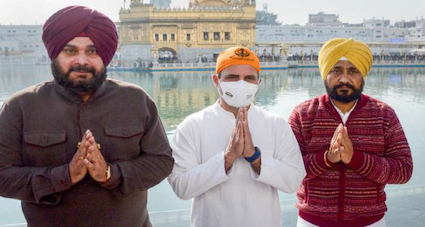 The former Congress chief made the announcement while addressing a virtual rally in Ludhiana, days ahead of the Assembly elections in Punjab.

“People of Punjab told us that they want a chief minister who belongs to a ‘gareeb ghar’ (poor family) and who understands their pain, and plight. Charanjit Singh Channi will be the Congress’ chief ministerial candidate for the upcoming Punjab Assembly elections,” Gandhi said.