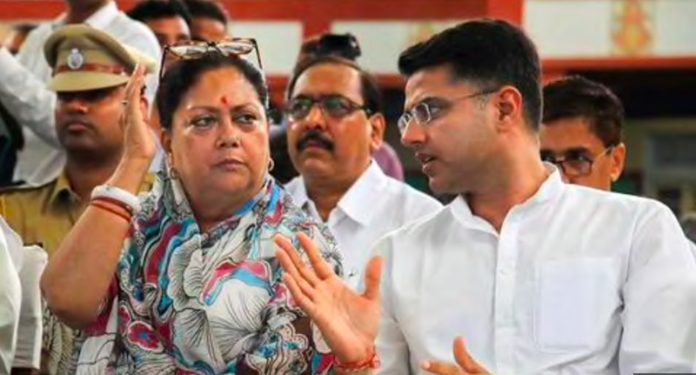 Now that Sachin Pilot and Ashok Gehlot again are pals, just four days before the convening of the Rajasthan Assembly, its worth looking at the sequence of events and see if it was wrong on the part of Congress, or the media, to drag the Bharatiya Janata Party (BJP) through the mud.

As the crisis unfolded, let’s remember that the Rajasthan chief minister Ashok Gehlot had accused BJP of plotting with Pilot to bring down his government. The Congress also accused the Union minister Gajendra Singh Shekhawat of bribing Congress MLAs. It claimed a few audio tapes online showed the complicity of the minister.

When Pilot with his 18 MLAs shifted to a resort in Haryana, Congress said it was no conclusive that BJP is scheming since the state happens to be under the control of the ruling party. When a Special Operations Group team went looking for rebel MLAs, the Haryana policemen didn’t let them through.

In all this hullabaloo, it was overlooked that Vasundahara Raje, former chief minister of Rajasthan and belonging to BJP, had kept her distance through the entire drama. All through this dirty linens being washed in the public, Raje posted just one tweet on July 18, stating that people of Rajasthan was paying the price for the internal rift within Congress. “There is no point in trying to drag the BJP and the BJP leaders’ names through the mud.”

BJP all along had been saying that it was Congress’ “internal problem.”

Tweeted Satish Poonja, chief of BJP’s state unit: “We had been saying all along—it’s the Congress’ internal fight and it was needlessly blaming BJP. Poor Rajasthan had to watch Congress’ 31-day Ramlila.”