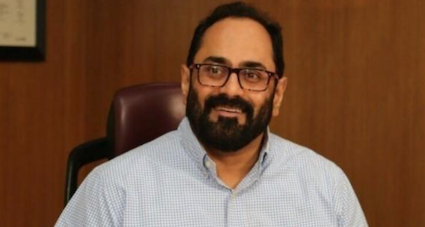 Union Minister of State for Electronics Information Technology, Skill Development and Entrepreneurship Rajeev Chandrasekhar praised Prime Minister Narendra Modi and said the PM is committed to providing more employment to the youth in the country.

During Bharatiya Janata Party Jan Ashirwad Yatra event in Bangalore, Rajeev said that his focus in the coming days would be ‘on empowering youths’ while ‘preparing them for theirs and country’s better future.

He said in tune with the Prime Minister’s vision of making the country a world leader in technology, a national mission on artificial intelligence, blockchain, quantum computing, and other emerging technologies will be launched by August.

He also mentioned that PM Modi’s tremendous vision is making youth aware of the right opportunities. Thanking PM Modi’s efforts and policies, he said, “He has the vision to deepen and broaden the manufacturing capabilities of the country and I am thankful to be part of it.”