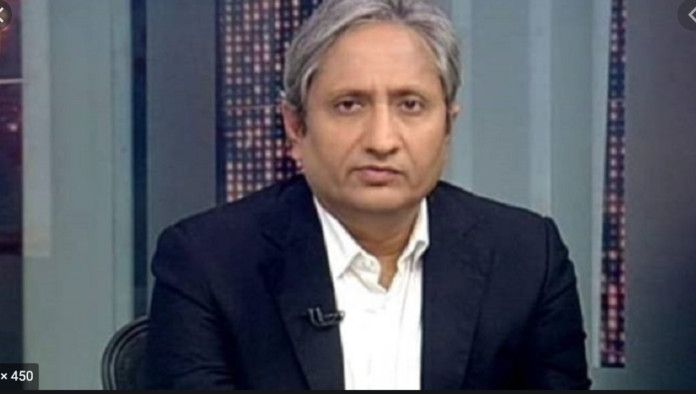 NDTV anchor Ravish Kumar has had to apologise for spreading a fake news after Press Information of Bureau (PIB) brought the issue to the notice of the news channel’s ethics committee.

Food and Public Distribution minister Piyush Goyal had tweeted that till January 10, the Centre had procured 534 lakh metric tonnes of paddy, compared to 423 LMT in the same period last year. Thus, the paddy procurement had gone up by 26%.

In his show, Ravish Kumar however dispute the Centre’s claim, stating that Modi government had given a false data. He claimed that the website of the ministry showed 519 and not 423 LMT had been procured in 2019-2020. Either it’s a mistake or a deliberate attempt to spread false claim, he had said.

It so happened that the image of Piyush Goyal’s tweet which Ravish Kumar showed in his programme had been cropped. It didn’t show that the minister had taken the figure till January 10, 2021.

The ministry then sent a letter to NDTV “ethics committee” calling Ravish Kumar’s lies “shocking.” The ministry termed the program a “shocking display of poor journalism and sheer disregard of actual facts.”

The letter in protest states that at a sensitive time when farmers are protesting near Delhi, Ravish Kumar has misrepresented facts which misleads the farmers and incites negative centimes.

“The information is incomplete and therefore it is not correct. In this event a mistake was also committed by me in the episode of January 14. The analysis of a tweet put out by the Railway minister turned out to be a mistake,” wrote Ravish Kumar.