RBI on Mahatma Gandhi image being replaced on bank notes 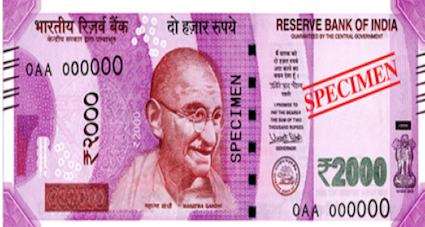 Reserve Bank of India (RBI) on Monday stated that there would be “no change in existing currency and banknotes.”

The central bank’s response came after some newspapers had said photos of Bengal’s greatest icon Rabindranath Tagore and former President APJ Abdul Kalam, also known as the missile man, were under consideration on a new series of banknotes of some denominations.

“There are reports in certain sections of the media that the Reserve Bank of India is considering changes to the existing currency and banknotes by replacing the face of Mahatma Gandhi with that of others. It may be noted that there is no such proposal in the Reserve Bank,” RBI said in a notification.

Meanwhile, RBI’s annual report highlighted that the number of bank notes of ₹ 2,000 denomination has steadily declined over the years to touch 214 crore or 1.6 per cent of the total currency notes in circulation at the end of March this year.

According to the annual report, the number of ₹ 500 denomination notes in circulation rose to 4,554.68 crore at the end of March this year as against 3,867.90 crore in the year-ago period.