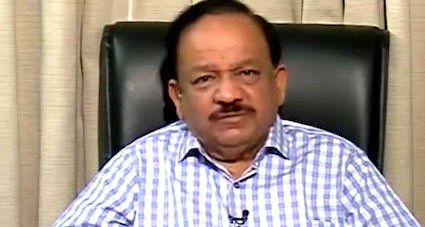 Amid criticism on its liberalised vaccine policy, the Centre on Saturday said the media reports suggesting inequities in the distribution of doses were “inaccurate and speculative in nature”.

It said the vaccine policy that was launched on May 1 facilitates better access and reduces the “operational stress” on government vaccination facilities.

“It is reiterated that the Liberalised Vaccine policy, which envisages a larger role for the private sector and the centre, is setting aside 25% of vaccines for the private sector. This mechanism facilitates better access and reduces the operational stress on Government Vaccination facilities in terms of those who could afford to pay and would prefer to go to a private hospital,” it said in a statement.

The government further said that the supply of vaccines in hospitals is not limited to the bigger metros, adding that smaller cities are also getting the vaccines.

“As on 1st June 2021, private hospitals have received over 1.20 crore doses of COVID vaccines in the month of May 2021.  As on 4th May, 2021, a large number of  private hospitals that have contracted with M/S Serum Institute of India &M/S Bharat Biotech have been supplied with Covishield & Covaxin doses. These private hospitals are not limited to the bigger metros but also from Tier II & III cities across states,” it said.

In April, the Centre announced its liberalised vaccine policy, making all adults above 18 years of age eligible for getting vaccination from May 1.

Under the new policy, vaccine manufacturers can supply 50 per cent of their monthly doses to the Central government and would be free to supply the remaining 50 per cent doses to state governments and in the open market.