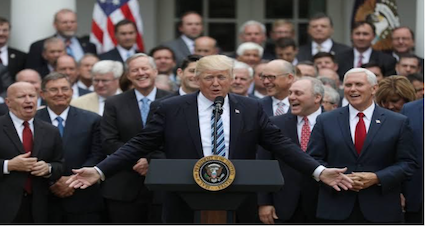 Sen. Lindsey Graham has urged Republicans to unify and get behind former President Donald Trump in order to win both House and Senate majorities in 2022.

“If we could get behind President Trump and follow his lead, we will win in 2022. If we argue with ourselves, we’re going to lose. And there’s no reason to lose,” Graham told Fox on Tuesday.

The South Carolina Senator warned against the division in the Republican party that has become more obvious since the second Trump impeachment trial in February that saw Trump acquitted but where Senate GOP leader Mitch McConnell and other top Republicans publicly came out against the former president.

Meanwhile, Graham has been a supporter of the Trump Administration’s policies and on numerous occasions, said Trump has been one of the most “consequential” presidents in history. He also told Fox that he had recently spent the weekend with the former president and feels positive about Trump’s role in the GOP and his policies, especially on immigration.

“I predict that immigration will be a bigger issue than 2022 than it was in 2016,” he added. “What they’re (Democrats) doing at the border makes no sense. I’ve been involved in trying to fix immigration. They’re dismantling the Trump border plan that worked.”

Trump’s daughter-in-law and former senior adviser, Lara Trump, said over the weekend that the former president “has told us to stay tuned and that this is not over for him, and he has indicated that he probably would be interested in running again in 2024.”