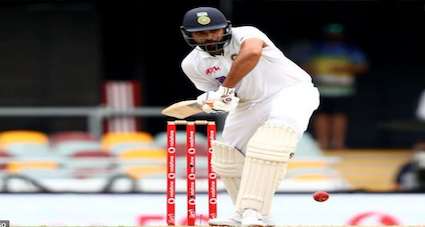 Former New Zealand all-rounder Scott Styris believes that Indian opener Rohit Sharma will have his struggles if the pitch provides swing to the bowlers. Styris, while speaking on Star Sports, said Rohit Sharma might find it difficult to face Kiwi fast-bowlers if the ball is moving around. Styris said the problem could arise for the Mumbai cricketer as he doesn’t move his feet as much early in his innings. Styris said Rohit doesn’t move his feet a lot early in his innings, which might become an issue for him if the ball is moving around and providing bowlers what they want.

Styris also said that he would like to Neil Wagner in the World Test Championship (WTC) final XI. Styris believes Wagner could create problems for Indian skipper Virat Kohli with his ability to bowl aggressively in the middle overs before the new ball comes. Styris said Trent Boult, Tim Southee, and either Kyle Jamieson or Colin de Grandhomme are there to provide help with the new ball. He said Wagner should be brought in to bowl in the middle overs because he has the wicket-taking ability and could get Kohli out.

Experts and cricket commentators have already chosen New Zealand as favourites going into the World Test Championship (WTC) final. The Kiwis have some key advantages going into the one-off Test, including similar playing conditions and game time against England, which many people feel gives New Zealand an edge over the Indians. However, looking at the stats, both teams are equally placed to win the first-ever WTC title.