Rohit Sharma is in Australia; Vengsarkar offers a quirky solution 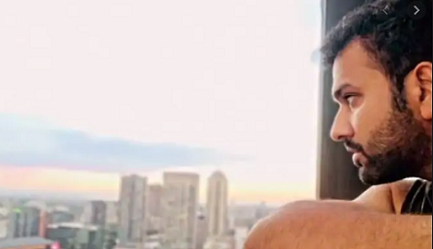 Rohit Sharma is presently undergoing his 14-day mandatory quarantine period in Sydney. While all eyes are on him if he would be available to the Indian cricket team in this hour of crisis, former Indian middle-order batsman Dilip Vengsarkar has opined that Rahul Dravid should be sent Down Under.

Now of course Vengsarkar doesn’t mean that Dravid should pad up and bail India out like he had done on innumerable occasions during his playing days, and he wants Indian batsman to benefit from his experience but frankly it has eluded the former Mumbai batsman that any new visitor to Australia mandatorily has to quarantine himself in view of prevailing Coronavirus pandemic.

Clearly,, Board of Control for Cricket in India proposing to Dravid, the latter agreeing to it, and then finding himself quarantined in Australia won’t leave him with any time to coach Indian batters for the series which is ending in the third week of January, 2021.

For what it’s worth, this is what Vengsarkar has told Times of India: “The Board can make a better use of Dravid by utilising his services to help the national team, which will be without skipper Virat Kohli from now on.”

“The BCCI must rush Dravid to Australia to help the team. No one can guide the batsmen better on how to play the moving ball in those conditions. His presence will be a huge boost to the Indian team in the nets. In any case, the NCA has been shut due to Covid for the past nine months, leaving him with little to do.”