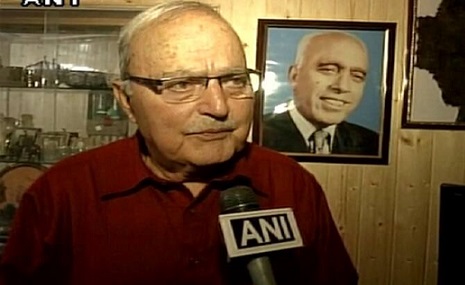 Over the last couple of days, more skeletons have kept rumbling out in the Roshni land scam that has rocked Jammu and Kashmir. The name of Farooq Abdullah’s brother Mustafa Kamal, former Congress MP Madan Lal’s son Satish, and some other influential people have been made public by the UT administration as encroachers in Jammu. Two sons of former Chairman of Legislature Council Amrit Malhotra, property dealer Mohammad Hussain, related to Hussain Ali Waffa, former PDP leader, have also been named.

It is now coming to the fore that many beneficiaries of the Roshni scam not only wilfully encroached government, both forest and revenue, but even raised commercial structures on them. Hussain has encroached 15 kanals of land in an area where present value is in the range of Rs 1 crore per kanal (kanal is 5,400 square feet).

Malhotra’s two sons took over 17 kanals of land each while former Congress MP’s son has encroached upon 65 kanals. Baig Construction Company owner, a big-time contractor, has taken also been named as an encroacher.

PDP leader Mehbooba Mufti had tried to play down the scam a couple of days ago calling it a “scheme for the poor”. Contrary to her claims, dozens of beneficiaries of Roshni scam are rich and powerful, known both for their riches as also political connections. She had also said that the names of the beneficiaries were being selectively leaked. This insinuation meant that poor Muslims are being targeted.

A person named Sajjad Choudhary, a Gujjar, has encroached upon 12 kanals to make a farm house! Of course, there are also some cases where meagre land holdings, barely enough to construct a small house, have been encroached.

Mehbooba also tried to mislead media people by saying that her party office in Jammu is located in a government duly allotted to them. She failed to make a mention of the fact that her office located on Bhatindi-Sunjwan road is on encroached land. The area was forest land next to a nallah till some years ago but a colony has come up near the office. All other encroachments came up following the setting up of the PDP office first.

It is not clear just yet as to what will be done to get the encroached lands vacated by the UT administration in the coming months. The J&K High Court had, in its order on October 9, declared the Roshni scheme void and illegal ab initio. It had also ordered that these lists should be published on website and names of all politicians and bureaucrats should be made public.

There are dozens of cases of encroachments in several Jammu areas where the land has been encroached by Kashmiris. Till date, not a single case has come to the fore wherein an ordinary resident of Jammu has encroached any land in the Kashmir region. Mustafa Kamal, Farooq Abdullah’s brother, is a former MLA from who represented Gulmarg in the Legislative Assembly.

The lists that have been put in the public domain by the government have names of Hindus, Muslims as also some Sikhs. Attempts to give them a communal colour have already started in right earnest. Some BJP leaders were rejoicing on the news of NC, PDP and Congress leaders becoming public. The party has now changed tracks saying that it is a court-driven process, which it is.